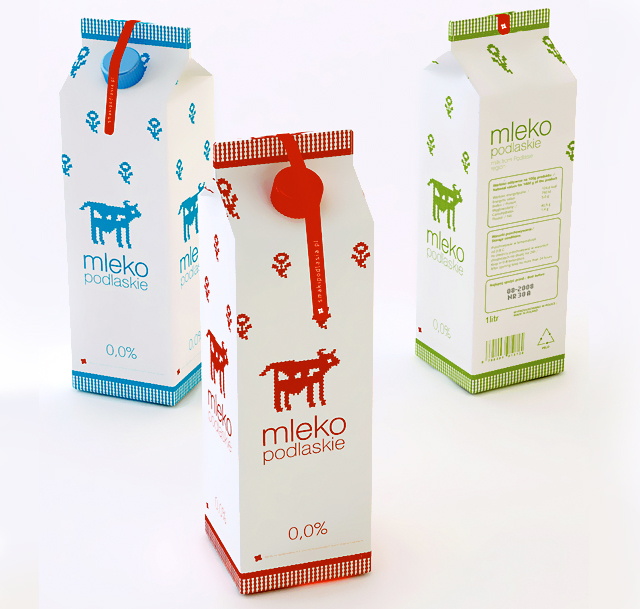 Smaki Podlasia - The Falvours of Podlasie - is an original concept of packaging created by Monika Ostaszewska-Olszewska for regional products from Podlasie. The series won a number of awards, to be followed by another one. On Monday Monika won the Debuts category at the Art Of Packaging 2011, the biggest package design competition in Poland. 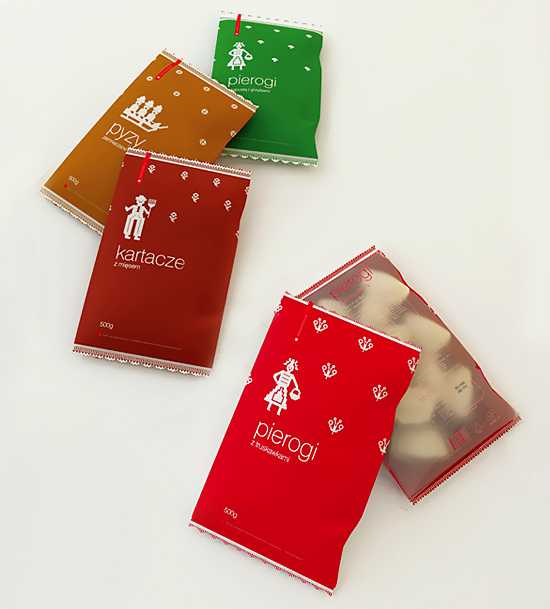 The Podlasie Region is situated close to the eastern border of Poland. The region is popular with foreigners, who come here to see the last European primeval forest. It is also a tasty region offering its inhabitants and tourists real specialties of a long tradition: “sękacz”, “pierogi” and cheese from Korycin.  The project contains a conceptual solution for the packaging and its graphic identity. The essence of the project is creating a new brand ‘Flavours of Podlasie’ (integrating different local producers) and in terms of graphics – visual reference to the ornamentation style of the region. Particular groups of products are identified by distinct colour codes while the essential graphic theme is based on a typical pattern of double-warp fabrics from Podlasie Region. The idea may contribute to an increase in sales of Podlasie food which is famous for its good quality and ecological values as well as the region’s economic development and its promotion. Individual graphics are built by one module – inspired by rough, thick weave. The module is also a detail which appears in (a common for the whole packaging line) red tag ‘Flavours of Podlasie’.Primitive or even ‘pixel-like’ graphic identity, two-colour, colour inversion, oblong shape of packages, austere colour scheme and a frame (edging) which closes up the composition  (often in a package seal) is a direct reference to a double-wrap textile character. 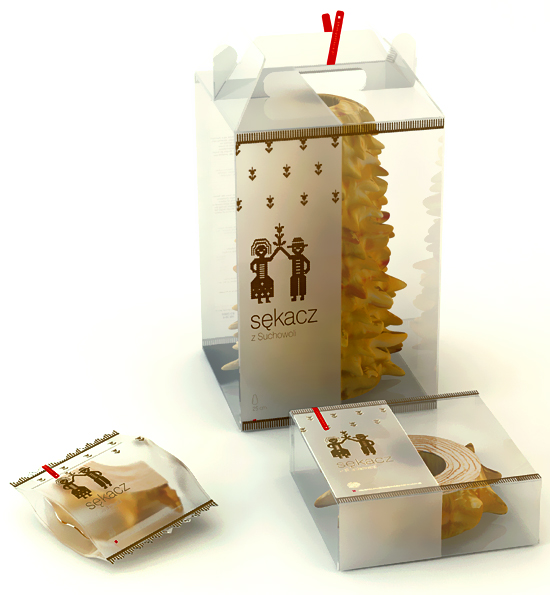 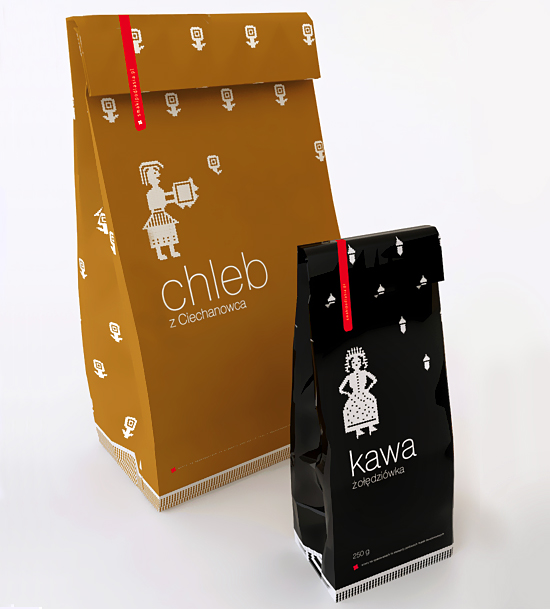 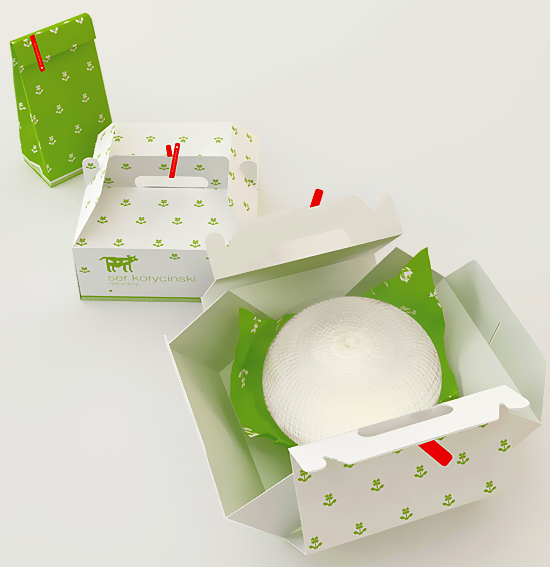 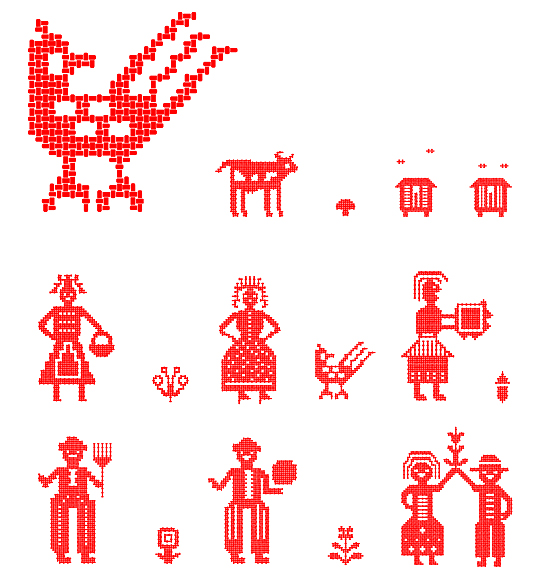 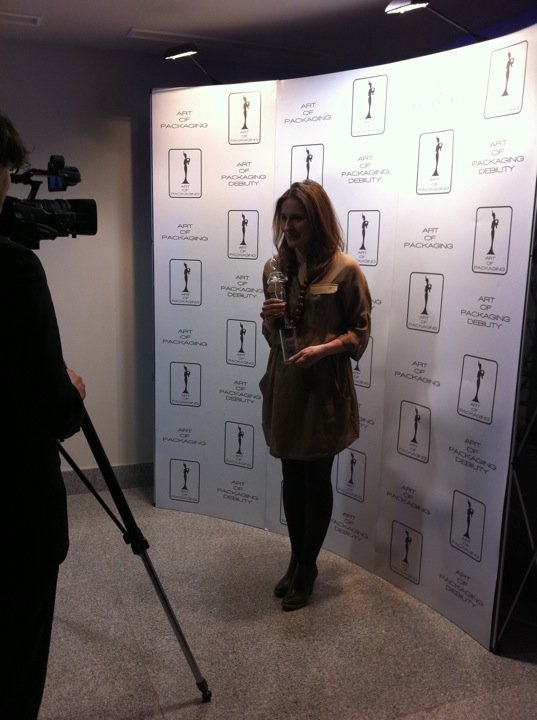 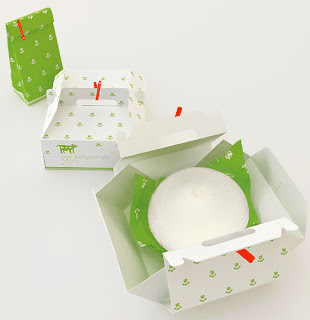