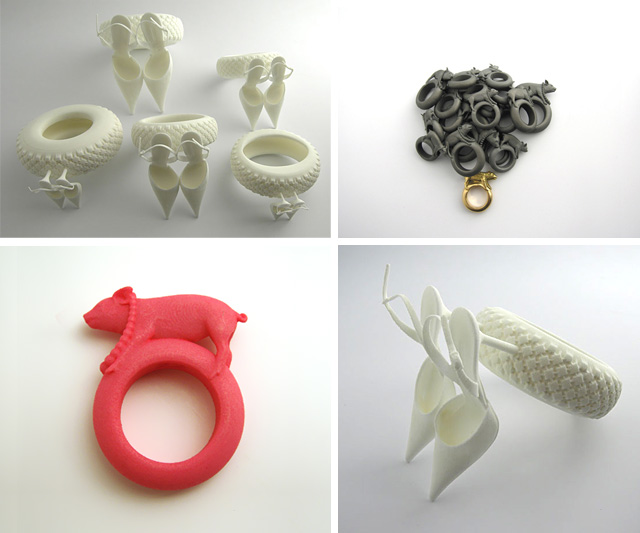 This is the first batch of Tod Noten's work I'm going to post in the near future - his jewellery. I think I found it in the recent issue of Machina Design and was intrigued enough to search the web to find more examples of his crazy imagination turned into jewellery. Noten takes small objects of everyday life and changes them into intricate piece of art, to be worn on a daily basis.

You can read a short interview with Noten here.
Photos via Atelier Ted Noten and yatzer. 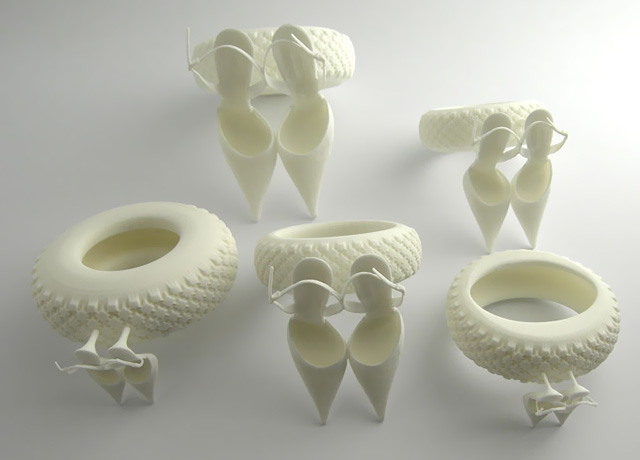 Ted was born in Tegelen, The Netherlands in 1956. In his early adult life he explored various jobs, such as bricklaying and nursing, before finding his way to the Academy for Applied Arts in Maastricht in 1983 and the Gerrit Rietveld Academie in 1986.

From there he built an international reputation for jewelry design, and since 2005, has created unique, often controversial designs from his Amsterdam-based studio Atelier Ted Noten.
Ted holds a Senior International Research Fellow position in the School of Jewellery at Birmingham City University in England, and his wry and witty work has been presented in a variety of museums and galleries around the world. Ted will be represented by the Jewellery Gallery Ornamentum at this year’s Design Miami/. via dezeen. 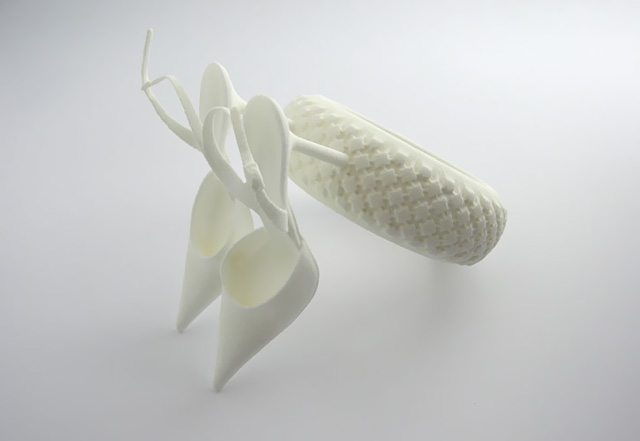