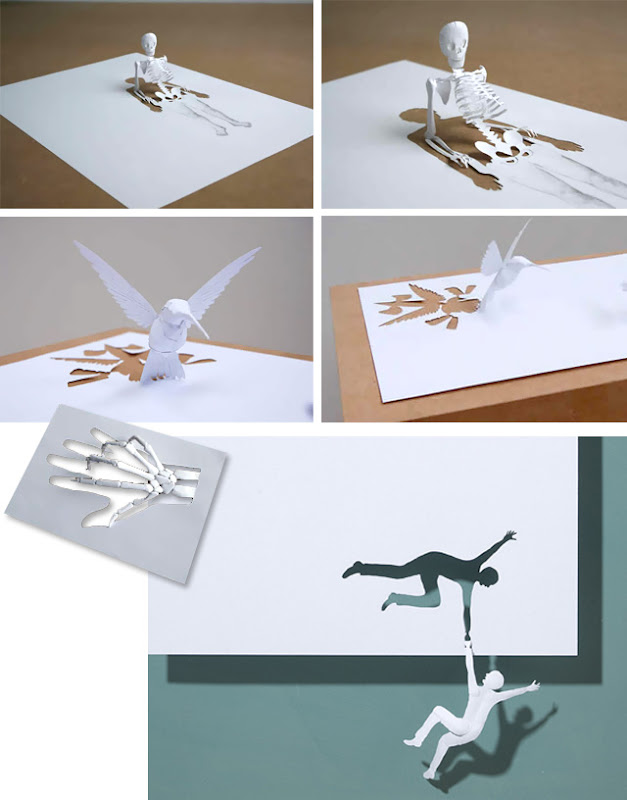 Couple of posts below I wrote about papergraphics by Zim And Zou. Searching for more examples of work based on paper, I found the amazing works by a Danish artist Peter Callesen. Callesen creates his papercuts from a single sheet of paper and all shapes are glued or folded from the scraps he cut out of that one sheet. Three dimensional figures seem to come to live from two dimensional, flat surfaces of the paper, sometimes they are accompanied by modest use of colours or sketches.

My paper works have been based around an exploration of the relationship between two and three dimensionality. I find this materialization of a flat piece of paper into a 3D form almost a magic process - or maybe one could call it obvious magic, because the process is obvious and the figures still stick to their origin, without the possibility of escaping. In that sense there is also an aspect of something tragic in most of the cuts. Some of the small paper cuts relate to a universe of fairy tales and romanticism, as for instance Impenetrable Castle inspired by Hans Christian Andersen's fairy tale The Steadfast Tin Soldier, in which a tin soldier falls in love with a paper ballerina, living in a paper castle. Other paper cuts are small dramas in which small figures are lost within and threatened by the huge powerful nature. Others again are turning the inside out, or letting the front and the back of the paper meet - dealing with impossibility, illusions, and reflections. 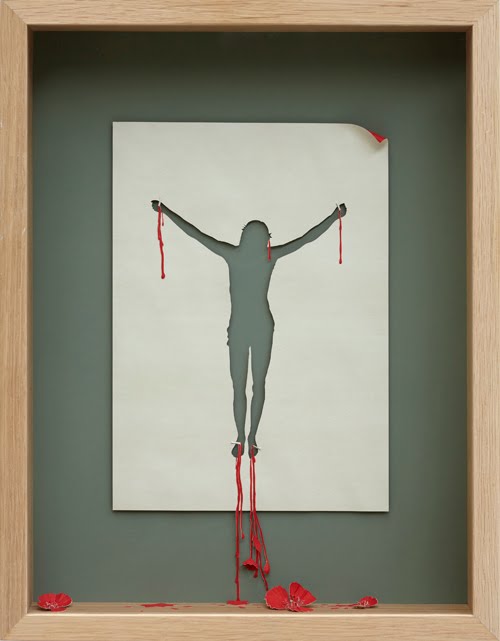 I find the A4 sheet of paper interesting to work with, because it is probably the most common and consumed media and format for carrying information today, and in that sense it is something very loaded. This means that we rarely notice the actual materiality of the A4 paper. By removing all the information and starting from scratch using the blank white 80gsm A4 paper as a base for my creations, I feel that I have found a material which we all are able to relate to, and at the same time is non-loaded and neutral and therefore easier to fill with different meanings. The thin white paper also gives the paper sculptures a fragility which underlines the tragic and romantic theme of the works. 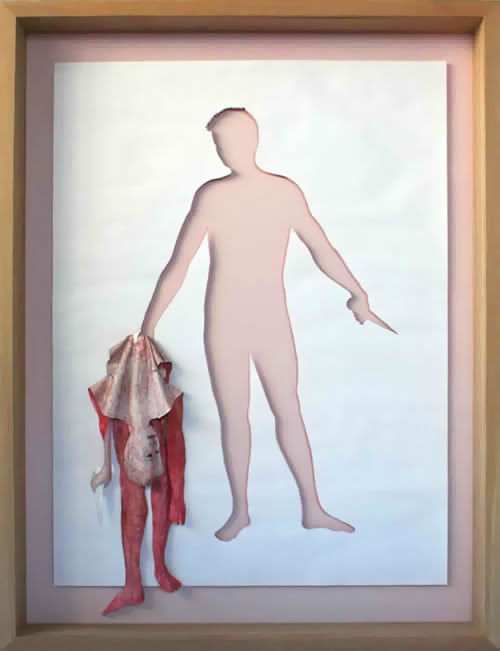 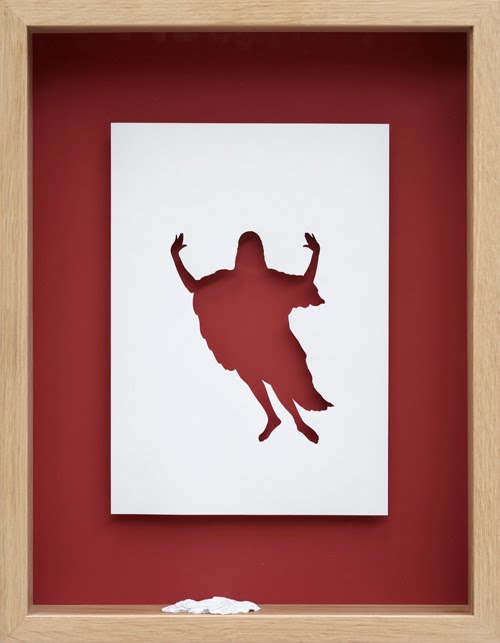 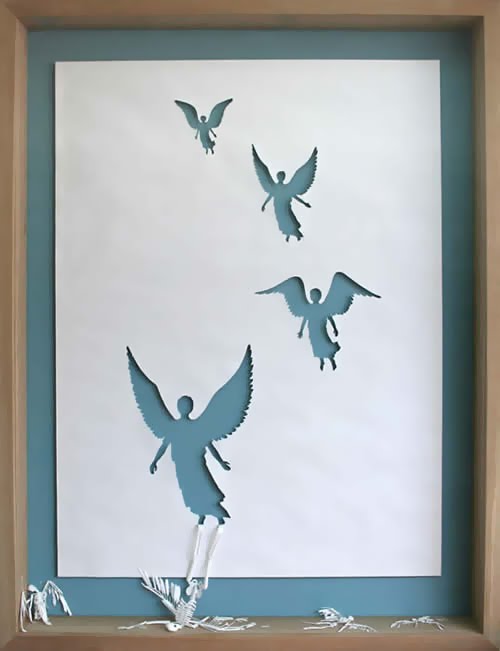 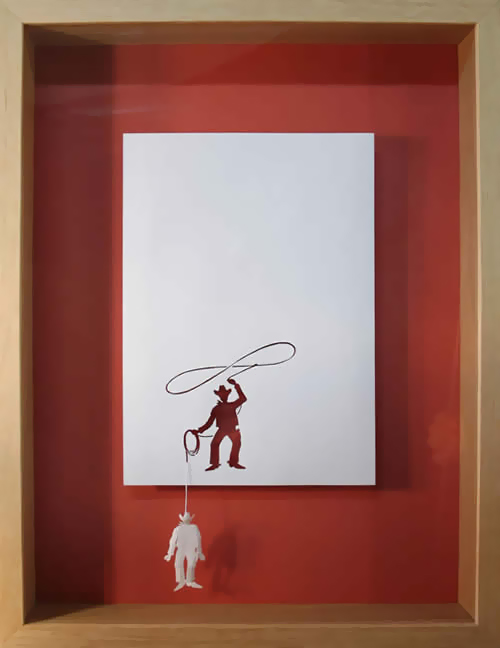