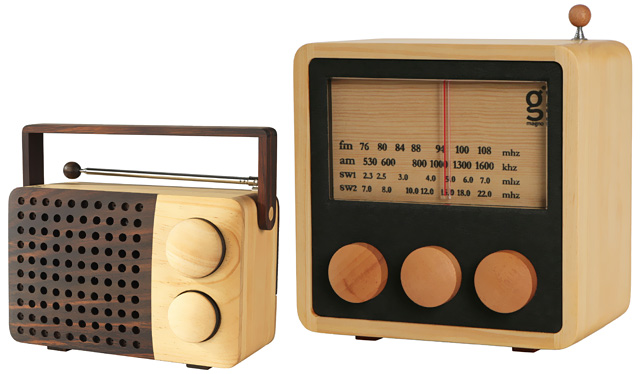 Couple of weeks ago I went to London. You might've read about it. I was going to see a concert, that's why I decided to go there in the first place, but it was cancelled and I was just left with a few days in London. I decided to catch up with a city I used to ♥ so much. I walked all over the town and felt like home, even if it's been seven years since I used to live there.

Filling up my schedule I decided to go to the Design Museum, how could I miss it, and spent two hours (at least...) in the museum store. I'm addicted to design gadgets, I admit. I need to show you all of them, or at least anything that's available online.

These radios are made of wood. They're sustainable (I believe). They're funny. They look good. Any other reason you need to have one...? 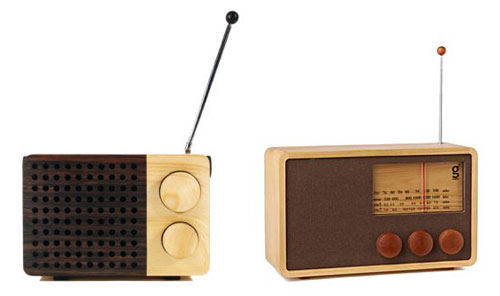 Indonesian product designer has developed a simple radio that he hopes will become a timeless classic. It is a functional piece of art, based on the designer's interpretation of Indonesian culture. But there are no traditional carvings on a Magno Radio. Its creator Singgih Kartono wanted to go beyond established forms of Indonesian art, such as batik and carving, while retaining the cultural philosophy of having a connection between the user and the product. He said: "We do not think of a product as an object, we think it is part of our life. And I try to explore that in my design."
The radios are made from Pinewood, Mahogany and Albasia - wood from trees indigenous to Indonesia. And Singgih plants a replacement tree for each one he uses. (via designaddict)