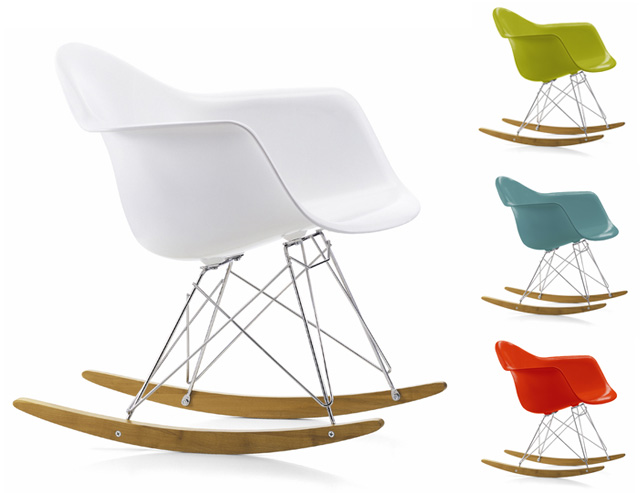 I recently bought an apartment and although there's still a couple of months ahead of me before I can move in, I already plan what it is going to look like. My funds are somewhat limited after paying the downpayment, so I'm not going to be able to buy all the designer furniture I would like to. I decided however to buy at least one beautiful chair. There is something about chairs that makes me ♥ them, for the way they can combine beauty and function. This design classic doesn't need introduction, it's RAR by Ray and Charles Eames. It's hard to believe in a way it was designed so many years, even decades, ago and it still gives you goose bumps when you look at it. I ♥ the fact that it rocks - literally. And the construction of the bottom was inspired by the Eifell Tower. I just haven't decided on th colour yet...

Plastic Armchairs were first presented as part of the famed New York Museum of Modern Art competition, "Low Cost Furniture Design". Their organically shaped seat shells made of fibreglass-reinforced plastic were later combined with various different bases, such as RAR's rockers and manufactured in their millions. In their latest version made of polypropylene the Armchairs now offer even greater sitting comfort. 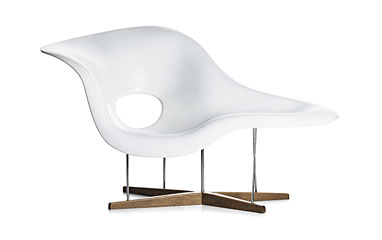 Charles and Ray Eames designed La Chaise in 1948 for a competition at the Museum of Modern Art in New York, inspired by "Floating Figure", a sculpture by Gaston Lachaise. It is the unbelievable elegance of this assertive seating sculpture that enables any number of sitting and reclining positions, which is so very appealing. It has long since established itself as an icon of Organic Design.