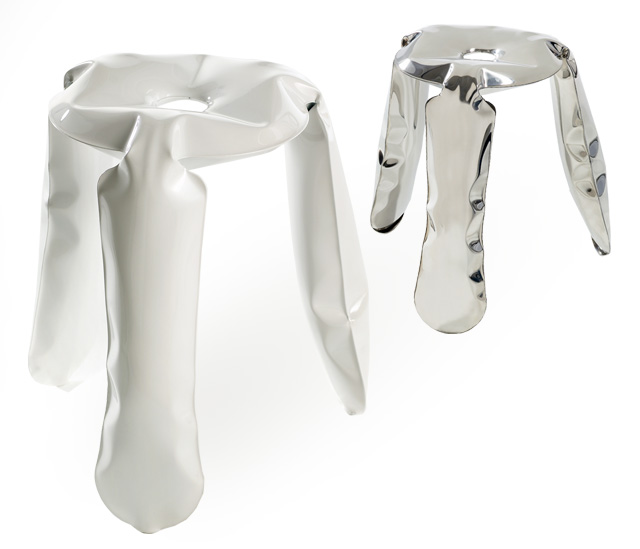 Oskar Zięta's Plopp Chair, designed for Danish furniture brand Hay, looks like a feable inflatable toy chair. Don't let it fool you though, as there is nothing feable about it. It was made of hydro-formed metal: two sheets of metal are welded together following the outline of the stool, which is then filled with fluid under pressure. The legs of the stool are then bent into place, creating a form that Zieta likens to inflatable furniture. (dzeen). The misleading looks and high quality of both design and the product itself won Oskar Zięta and his Plopp chair the Red Dot Design award in 2008.

Plopp is a complete piece of design that went through all the FIDU forming process stages and experiments. We managed to bring the final form of Plopp after building many prototypes and testing the 'bionic', 'alive' behaviour of inflated steel. (zieta.pl) Check out the making-of video after the break. 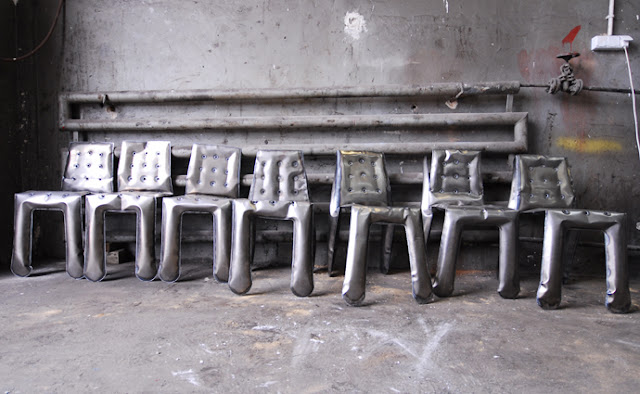 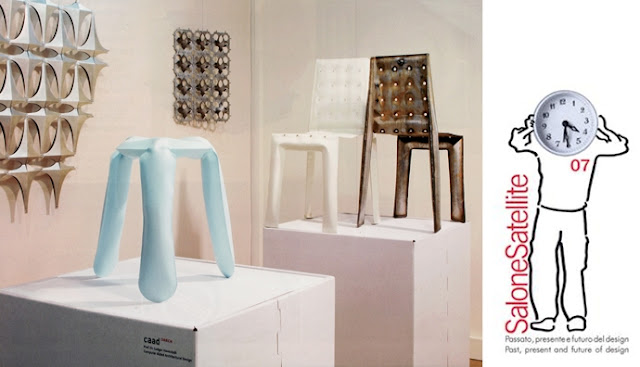 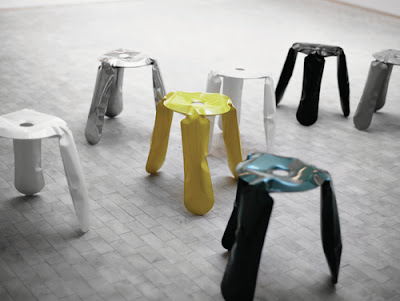 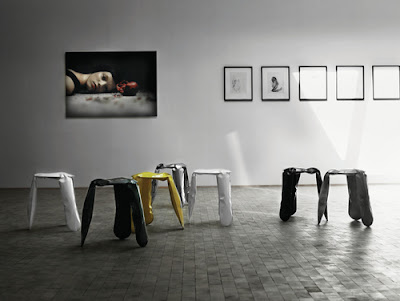 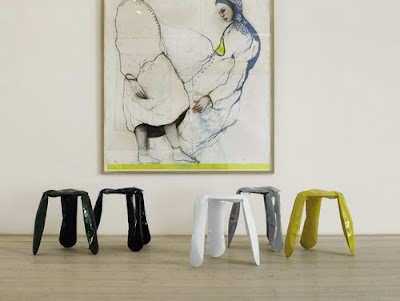 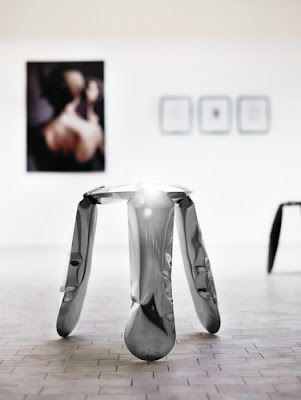