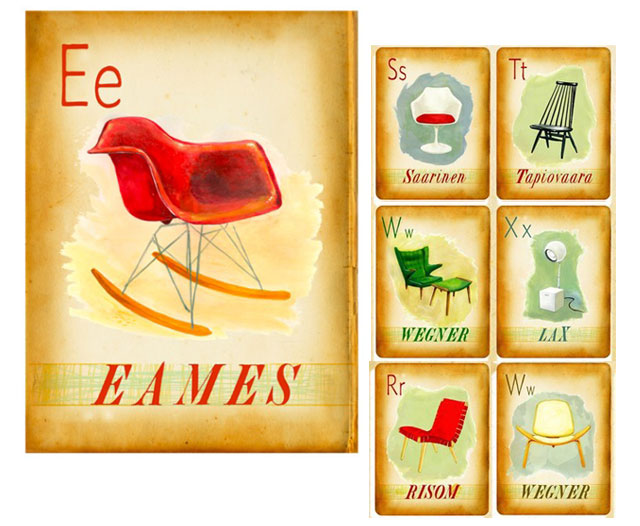 Scientists have the Mendeleev's periodic table - why shouldn't designers have their own one? Great illustrator Jen Renniger from pleasebestill decided to take the matters in her own hands. She created a beautiful illustrated deck of design classics and replaced the elements with her favourite design pieces. She called it the Modern Design Deck: Home Furnishing Icons From The First Half Of The 20th Century.

In 2007, during a creative funk, my husband suggested I work on a painting of his favorite chair (the Eames' RAR Chair) as a way to spark some creative flow. About the same time I found an old flash card set and it occurred to me that the two would make a wonderful combination. The Modern design Deck was born out of that little series of events. The deck includes 30 images of different iconic mid-century designs paired with their designers names. 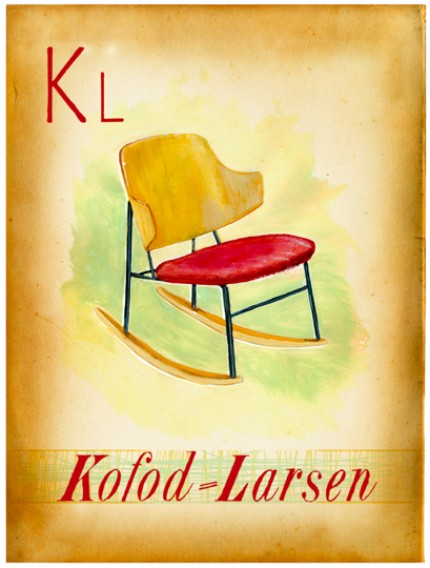 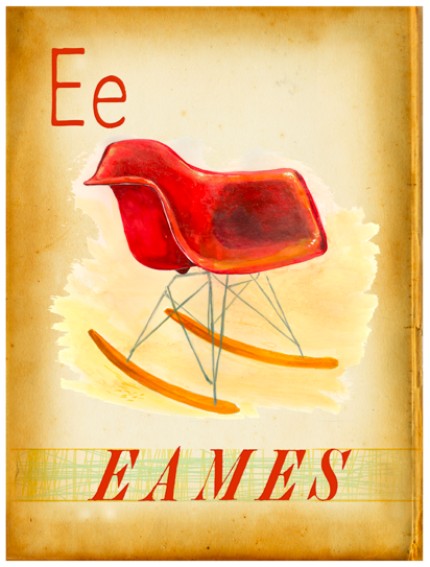 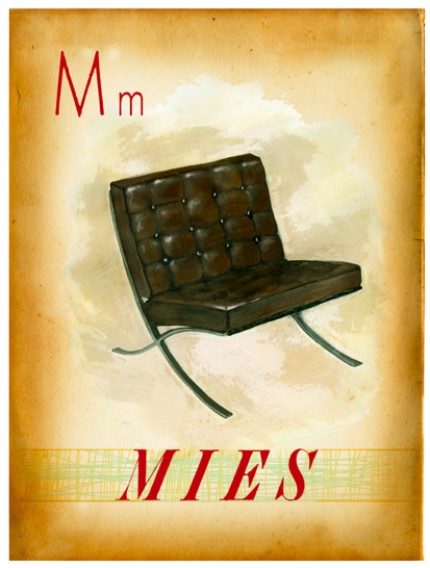 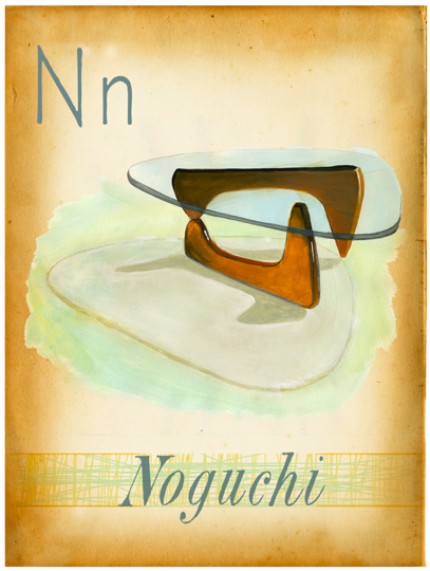 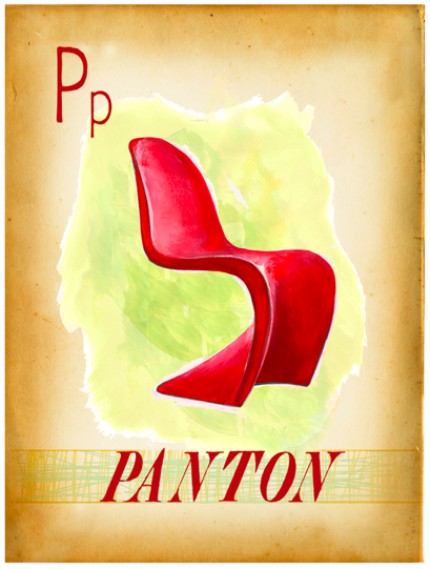 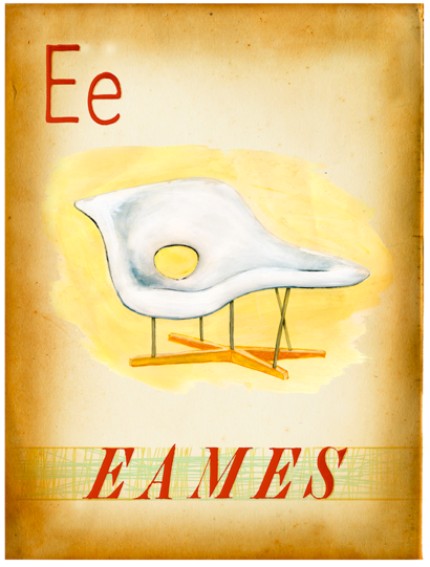 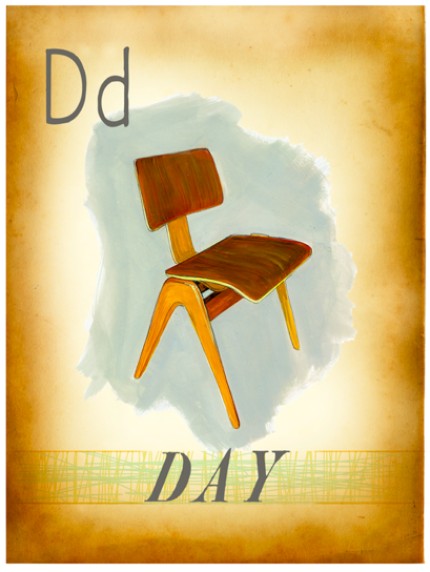 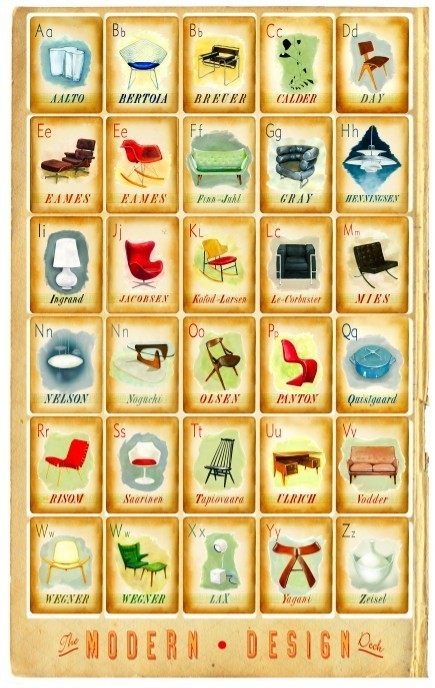