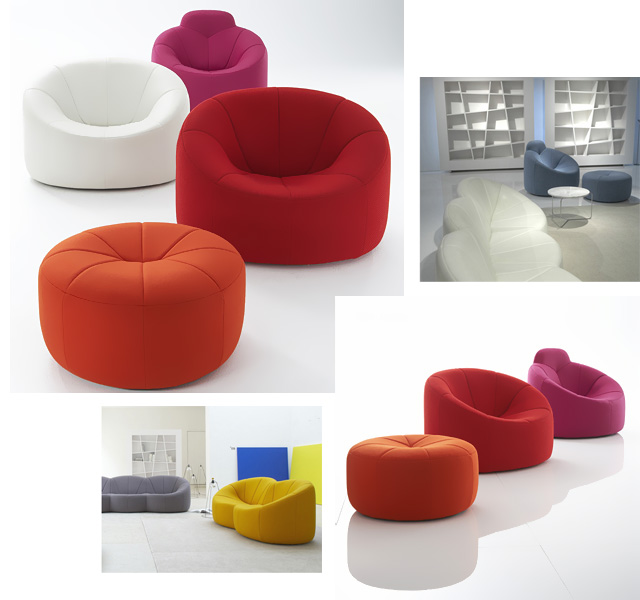 Pierre Paulin designed for the biggest of this world. Or to be more specific, the biggest in France. He designed all the furniture for the official office of François Mitterrand, and renovated the dining room for Jacques Chirac. His Pumpkin series was designed for president Georges Pompidou, but is now available for the masses. If you want to feel like a president then, you might buy one of them at Ligne Roset.

For the very first time, Pierre Paulin's 1971 design for seating for the private apartments of Claude & Georges Pompidou at the Elysée Palace is being put into large-scale production. Pumpkin is characteristic of Paulin's revolutionary style, as initiated at the end of the 1950's, and as its name suggests is evocative of a giant pumpkin, welcoming the user with its protectively voluptuous - and voluptuously protective - shell. Resisting its appeal is an impossibility!