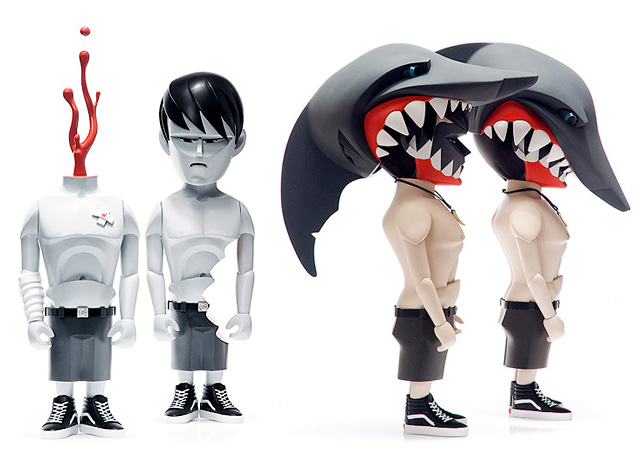 My boyfriend is seriously afraid of sharks. That's the fact. Every time there's anything about sharks on tele, he walks out of the room. Seeing the ocean part of the Natural History Museum in NY turned out traumatic, because they had stuffed sharks on the wallls. Luckily the sharks population in Poland isn't that big (...as they'r not the biggest fans of the Baltic Sea). Anyways, I figured he wouldn't be a big fan of these guys by Coarse Toys... via Fubiz.