Animals On The Underground 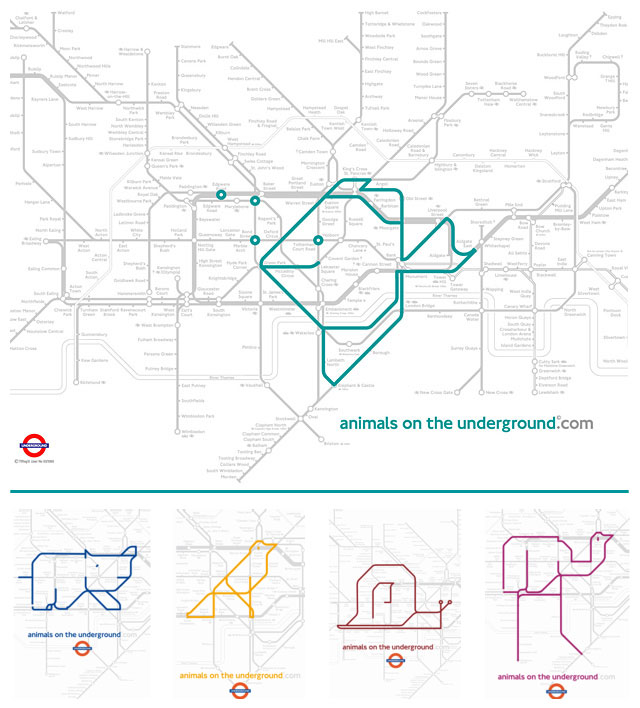 You're on your way to work / school / fun. The train ride drags forever. The only thing you can focus your attention at are the faces of your co-commuters or the underground map. Chossing the second option, you look at the lines, follow their destinations, until the whole thing starts to live its own life. You see things that you're not supposed to see, shapes take form of animals and faces. Well, at least that's what happened to Paul Middlewick which leads us to Animals On The Underground. Smart and funny concept of drawing animals on the map of the London Underground. Since I'm going to London in a couple of weeks myself, I need to practice my ability to see them for the long rides in the tube.

The animals, created using the tube lines, stations and junctions of the London Underground map were first spotted by Paul Middlewick in 1988. The original animal, the elephant was discovered while Paul was staring at the tube map during his daily journey home from work. Since then, the elephant has been joined by many others from bats to bottlenose whales.